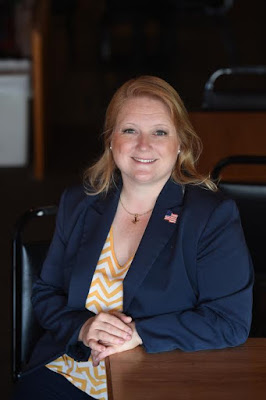 WATERTOWN, NY — Assemblywoman Addie A.E. Jenne, D-Theresa, announced that she helped pass legislation (A.10475) to improve teacher evaluations by delinking them from standardized testing and giving control back to local school districts.

“We can bring out the best in teachers by letting them focus on the students in their classroom, not on a document dreamt up by a company selling those tests,” Assemblywoman Jenne, the mom of two students that took the standardized tests this year, said.

“Educators should be able to spend a little more time helping a kid work through a problem area or adding an extra lesson about a subject their class is excited about. That’s how we help both students and teachers thrive. I know I want my kids to come home from school excited by new things they have learned in their classes, not simply learning how to take a test,” she said.

“As a mom, I know standardized test results are not a fair or effective gauge of a teachers’ effectiveness and forcing teachers to spend time teaching to test does not benefit our students or our schools,” she charged.

The legislation makes critical corrections to the teacher evaluation system. First, it lifts the mandate that teacher evaluations are to be based heavily on their students’ performance on state-created or administered assessments, such as the English Language Arts (ELA) and math tests for grades 3 through 8.

The mandate, which sparked widespread anger, was put on hold in December 2015 for four years.

The Assembly legislation eliminates it completely. By removing the assessment mandate, local school districts would be able to adopt an evaluation system that’s better suited to the needs of their students and community, Jenne noted.

The legislation would also make permanent a provision prohibiting ELA and math state assessments recorded in grades 3 through 8 from being included on a student’s permanent record, which lifts some of the stress and pressure off of children, Jenne noted.

Assemblywoman Jenne has also raised concerns about the link between state aid and the Annual Professional Performance Review (APPR), which requires school districts to submit their finalized APPR plans by a specific deadline or risk having their funding withheld.

“Teachers and schools should be able to educate while knowing we’re on their side,” Assemblywoman Jenne said. “Each student and community has different needs, and giving kids and teachers hoops to jump through just makes it harder to move forward.”