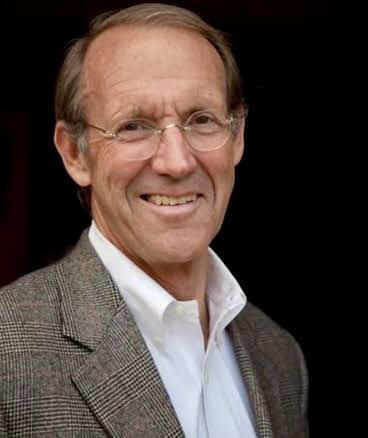 BELLINGHAM, WA — Charles Borden Hamlin — Olympic oarsman, world champion sailor, and gregarious spirit—died at his home in Bellingham, Washington on May 23, 2021. He was 74.

Charlie was born in Northampton, MA, on March 28, 1947, to Catherine Lansing Hamlin and Franklin Clark Hamlin, and grew up on Point Salubrious in the village of Chaumont, New York.

Recalling the barefoot summers of his youth spent sailing on Lake Ontario, he would often quote Kenneth Grahame’s The Wind in the Willows: “There is nothing—absolutely nothing—half so much worth doing as simply messing about in boats.”

For Charlie, this amounted to an article of faith, and the friendships he made in sailboats and rowing shells formed the weft of his life. From Boston to Bellingham and around the world, the sailing and rowing communities were the focal point for his boundless energy and generous spirit.

A natural athlete who wrestled and threw the discus at St. Albans School in Washington, D.C., Charlie took up rowing at Harvard when a crew coach recruited him out of the freshman registration line. A member of Harvard’s undefeated Freshman crew in 1967 and EARC Varsity Championship crew in 1970, he represented the United States in the coxless four at the 1968 Summer Olympics in Mexico City, and at the World Rowing Championships in 1969 and 1970.

After graduating with honors from Harvard in 1970, Charlie went to work for Hood Sailmakers in Marblehead, ”sewing sails by the seashore.” Ever the cheerful competitor in search of a race, he traded his oar for a tiller, and joined Marblehead’s International One Design fleet, winning World Championship titles in 1979 and 1981.

Charlie earned an MBA from Harvard in 1978, and enjoyed a long and successful career as a corporate executive, including Vice President roles with Lotus, Harvard Business School Publishing, and NFO Worldwide; and as CEO and President of Cambridge Water Technology.

In 2018, he retired as Executive Director of the National Rowing Foundation, a position that harnessed his organizational acumen in support of the US national team, and which reflected the central role rowing played throughout his life.

As a masters oarsman at Cambridge Boat Club, Norwalk Rowing Club, and Upper Thames Boat Club in Henley-on-Thames, England, he competed in countless regattas around the world. He and his Team Attager teammates were frequent champions at the Head of the Charles, and he often won eight or nine events at the Masters World Championships. In 2013, he set an indoor rowing world record for 2,000 meters.

But the medals tell only a small part of the story. As enthusiastic as he was competitive, Charlie possessed an irrepressible “can-do” spirit. His instinct was to help, to improve, to lead; all of which he expressed with contagious optimism. Whether it was coaching young oarsmen at Groton School, serving as the Chairman of the Friends of Harvard Rowing, or simply offering advice and encouragement, he was a generous and engaging booster for the sport. In recognition of his contributions, US Rowing named him their Man of the Year in 2019.

He is survived by his wife and double-sculls partner, Ellen Kennelly; his former wife Julie Peet, their sons Alex and Ben Hamlin, and his grandchildren Henry and Charlotte Hamlin; his daughter Ellyse Hamlin; and his siblings Jane Hamlin, Andrew Hamlin, Catherine Wehrle, and Robert Hamlin.

A celebration of Charlie’s life will be held during the Head of the Charles Regatta in Boston.
Burial at Brookside Cemetery will be at the convenience of the family.

The family would welcome memorial donations to Community Rowing and the National Rowing Foundation to continue Charlie’s work fostering the sport of rowing.