At 8:40 this morning a Jefferson County Sheriff’s Deputy was involved in a collision at the intersection of Arsenal Street and Bellew Avenue in the City of Watertown. Deputy Krystal Rice was traveling north on Bellew Avenue with a green light when her patrol car was struck on the driver’s side by a vehicle traveling east on Arsenal Street. That vehicle was a Volkswagon Tiguan operated by Sharon Lang, Adams Center. Deputy Rice was transported by Guilfoyle Ambulance to Samaritan Medical Center where she was treated and released. Watertown City Police investigated the accident. Lang, uninjured, was ticketed for failure to obey a traffic control device. Watertown City Fire and Jefferson County Sheriff’s personnel assisted at the scene.

WATERTOWN, NY — A Jefferson County sheriff’s deputy was involved in two-vehicle collision at about 8:35 a.m. Friday, Feb. 1, at the intersection of Arsenal Street and Bellew Avenue. The female deputy was taken by a stretcher to a Guilfoyle Ambulance and transported to Samaritan Medical Center for evaluation. The air bags in the patrol vehicle deployed in the collision with a sedan. Further details have not been released at this time by the Watertown Police Department. City firefighters, Guilfyole Ambulance, deputies, city police and Sheriff Colleen M. O’Neill assisted at the scene. 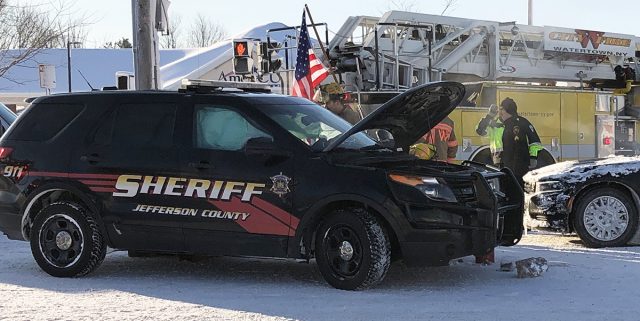 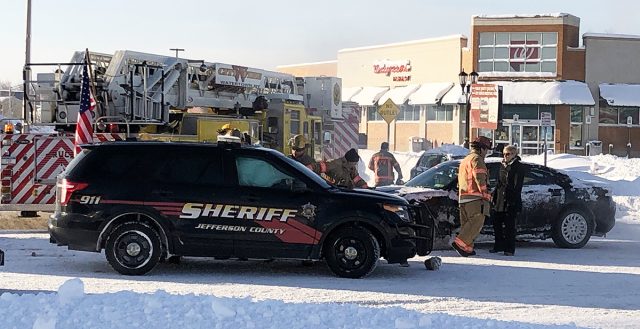 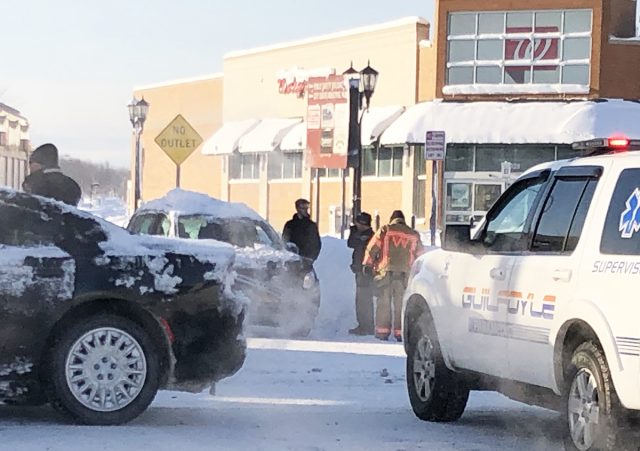