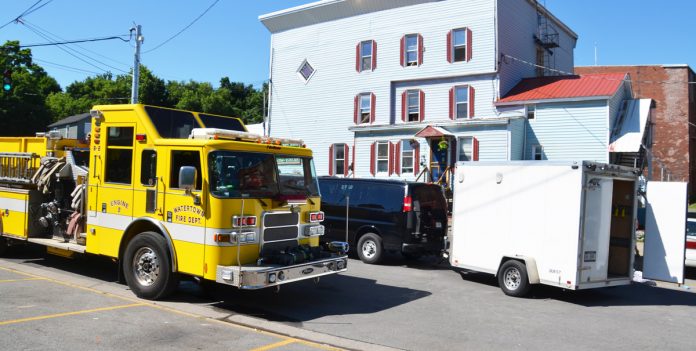 WATERTOWN, NY — On Wednesday, July 4, at about 5:30 am, members of the Metro-Jeff Drug Task Force conducted a search at 661 Factory St., apt 29, in the city of Watertown.  This search was done in response to a request for assistance from the Watertown Police Department. This location is the residence of Kara L. Hickman.

Conditions at the scene were indicative of an active methamphetamine lab, police said. The scene was secured and members of the Metro-Jeff Drug Task Force responded.

At the conclusion of the search ingredients and components commonly used to manufacture methamphetamine and approximately 7 ounces of a liquid containing methamphetamine were seized.

All four were arraigned in the City of Watertown Court by the Honorable Judge Neddo and held without bail.

The Metro-Jeff Drug Task Force was assisted by the Watertown City Police and Fire Department and NYSP CCSERT.

This is an on-going investigation.

Additional arrests and charges are pending.