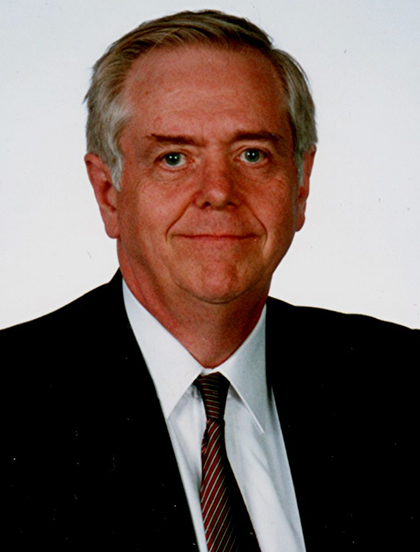 WATERTOWN, NY —  Lieutenant Colonel James Thomas Shannon Retired was born in Watertown on September 1, 1937.  He was the youngest child and only son of S. Patrick and Bernice (Harrigan) Shannon.  Jim grew up in Watertown.  In his own words, he had “a great childhood”.  During the summer months of his childhood, he lived in a summer home on Guffins Bay.  He spent his time cruising the bay with his friends or riding bikes on the back roads.

After graduating Watertown High School, he attended Bucknell University in Lewisburg, PA., graduating with a degree in Physics in 1960.  Why Physics? Because he “had a genuine interest in the physical world and in discovering how it worked.”

Around this time, Jim fell head over heels in love with “a wonderful dark eyed Italian girl from my hometown”.  He married the love of his life, Carol (Calarco) Shannon, on January 21, 1961 at Our Lady of the Sacred Heart Church and they embarked on an amazing adventure.

Jim had a 20-year career in the Army, retiring with the rank of Lt. Colonel.  During his military career, he and Carol raised three daughters, traveled much of the western world and, except for the year he spent in Vietnam and away from his family, enjoyed a comfortable and interesting life.  His Army career afforded him the opportunity to receive his Master’s Degree in Computer Science and Program Management; attend Command General Staff College in Ft. Leavenworth, KS; and graduate from the DoD Program Manager’s School, Defense Systems Management College.

After retiring from active duty in 1981, Jim continued to work in the private sector for another 17 years, traveling the world with Carol and became the President and CEO of Grumman Korea, a wholly owned subsidiary of Northrup Grumman.  He also was chairman of a multi-national committee for the NATO Industrial Advisory Group on computer software development.

Jim retired for a second time in 1997 and began teaching computer courses at Lord Fairfax Community College in Warrenton, VA.  He FINALLY retired from teaching in <year> and focused his remaining retirement years on traveling with Carol, teaching his grandchildren important life lessons and watching them grow into amazing young adults, puttering in his garden, and building in his workshop.  His last, unfinished piece is a spinning wheel for his daughter, Lisa.

Calling hours will be 4 to 7 p.m. Tuesday, June 29, at the D.L. Calarco Funeral Home, Inc. The funeral service will be 10 a.m. Wednesday at the funeral home with Rev. Leon Schilling officiating. Burial will be in Brookside Cemetery.

Online condolences may be made to www.dlcalarco.com

Contributions may be made to Ammisville Fire and Rescue.

Checks can be mailed to: Amissville Volunteer Fire and Rescue, Box 147, Amissville, VA 20106.

Using PayPal (Required PayPal account). From a browser, navigate to PayPal.me/JamesShannon116, enter donation amount, in the notes please add “For Amissville Volunteer Fire and Rescue”. You will be asked to login to your PayPal to complete the transaction.