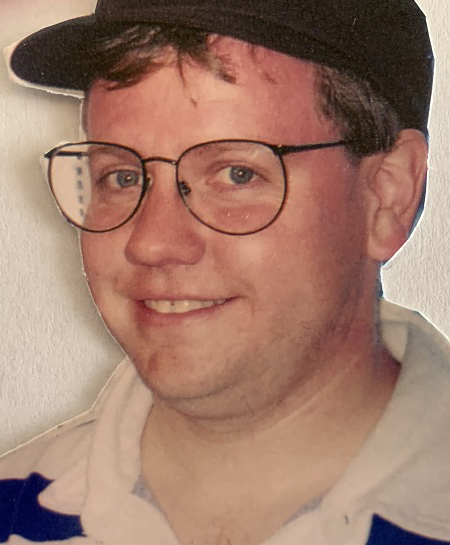 He was born April 29, 1965, in Watertown, NY, to Richard Earle and Dorothy Jackson Hayes. He was the youngest of four and endlessly entertained his sisters with his high chair rendition of the Batman theme song.

Michael had many interests and talents. He loved music and played in local bands as a teenager. He played guitar, trumpet and piano. His favorite dog, Humphrey, a basset hound, shared Mike’s love of music and would full-throated howl when Michael played the piano, much to Mike’s delight. Humphrey’s howl became locally famous when it became part of the residence answering machine message. He was an active skier at Dry Hill and especially enjoyed hot dog skiing.

Michael was extremely proud of completing his pilot certification and obtaining his pilot’s license. He enjoyed boating and fishing on both Lake Ontario and the St. Lawrence River. In 2019, the allure of Florida’s warmer winters resulted in his move to Orange City.

Michael attended Jefferson Community College, and completed numerous electronics and Microsoft certification courses while employed with NCR corporation. In 2005, NCR sponsored Mike to volunteer with restoration efforts in New Orleans after Hurricane Katrina. After NCR, he worked as an independent computer troubleshooter in NY and as an Information Technology contractor in Florida.

He married Mary S. Hansen on May 23, 1992, in St. Marys, Pennsylvania. The couple resided on Pillar Point, NY, for many years where Mary owned and operated North Shore Accounting. Mary passed away in 2010.

Among his survivors are his sisters and brothers-in-law, Sally Cole, Watertown, NY and Penny Hayes (Michael DeLong), Dunedin, Florida, Michael Tripp, Auburn NY and four nephews. He was predeceased by his sister, Nancy Tripp and his parents.

There will be a private interment at the Glenwood Cemetery family plot.

Local arrangements are with the Hart & Bruce Funeral Home.