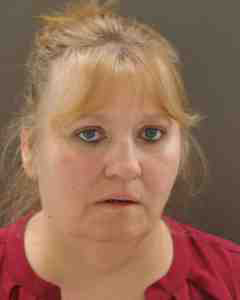 On 5/16/18 at 7:25 p.m., Darlene A. Franke, 53, of 255 CR 85, Fulton, NY was arrested for Identity Theft, second-degree, a class E felony stemming from the investigation into an incident that occurred in the Town of Granby in which she allegedly opened a credit card account using the victim’s information. Ms. Franke is scheduled to answer the charge on 6/4/18 in the Town of Granby Court.