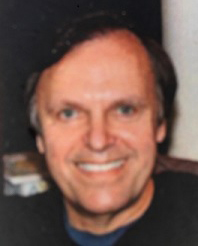 WATERTOWN, NY — Robert Michael Clark, PhD (Bob), 69, formerly of Overland Park, Kansas, passed away peacefully, July 4, after a long battle with Parkinson’s disease. For the last 4 1/2 years Bob was a resident of Samaritan Keep Home where he received excellent care from the staff and Dr. Jack Rush.

Bob was born December 4, 1951, in West Carthage, NY, the son of the late Robert D and Suzanne Siedlecki Clark. He graduated from Carthage Augustinian Academy in 1969 and from Arizona State University with a bachelor’s degree in science in 1974. He was awarded a masters degree in higher education /higher education administration. In 1988 he received a PhD in strategic planning and higher education from Syracuse University. He served as an associate dean in the School of Management at Syracuse University from 1982 through 1991. In 1993 he attended the Institute for Educational Management at Harvard University.

From 1991 to 1997 Bob was Dean of the School of Management at Rockhurst University in Kansas City, Kansas. From there Bob went on to the University of Kansas at Overland Park. He was Vice Chancellor and Professor of Leadership Practice and Community Liaison STEM Programming.

Bob was also involved in many civic organizations in the Kansas area and had been a former board member of the Hallmark Foundation.

In addition to his academic achievements Bob was a gifted musician he had a wonderful singing voice and could play almost any musical instrument presented to him. . Bob and his brother, Bill who passed away in 1970, started a band called “The Villagers” that was locally well received in the mid to late 1960s.

Among the books that Bob authored, was his last titled: Principles of Leadership Management, with the intent of helping managers in any workplace to lead a staff to perform loyally and effectively, creating success in the workplace and satisfaction in their work.

At “Sam Keep” Bob was well known for his smile and good nature as well as his strong will(!) He would laugh till tears came to his eyes at his own (terrible) jokes. Bob was married twice; first to Monica Domoracki Norris from whom he was divorced but was amicable and second to Cindy Anderson.

Bob is survived by his sister Barbara Clark Marlow (Douglas); and two stepdaughters Brooke Brown (Chris) And Rae Nicholson, Esq., Brooke’s two children Molly and Maggie and Rae’s daughter Cora. They loved him and called him Bob Bob.   He was very close to and devoted to his four nieces Alexis Kadleck (Johnathan) Chesnee, South Carolina and their  three daughters, Alyce,  Sula and Ohana; Michelle Stephens  (Matthew McMacken) and their three daughters Michaela, Khloe, and Eva Rose of Champion, New York;  Lydia Villafranco (Adam Coursen, her fiancé ) of Watertown and Nora Marlow of Watertown.

In addition to his parents and brother Bob was predeceased by his guardian the Honorable Andrew F Siedlecki and several other aunts, uncles and cousins. His surviving cousins were all quite close to him and will miss him.

The funeral service will be live on the Hart & Bruce Funeral Home Facebook page.

Burial will follow in St. James Catholic Cemetery in Carthage.

Online condolences may be made at www.hartandbrucefh.com.