LIMERICK — A section of State Route 180 between CR 54 and Ransom Road in the town of Brownville was closed Friday night to traffic as Jefferson County sheriff’s deputies investigated a car-pedestrian accident. Deputies responded to the scene at 8:08 p.m., according to the 911 dispatch center.

One person was transported by Guilfoyle Ambulance to Watertown International Airport to be flown by LifeNet air ambulance to Upstate University Hospital in Syracuse.

Two vehicles were towed from the scene and taken to the Metro-Jefferson Public Safety Building.

Further details have not been released at this time.

Deputies were assisted at the scene by Guilfoyle Ambulance, Town of Brownville Fire Department and Can Tassel Towing and Recovery.

Jefferson County Sheriff… by on Scribd 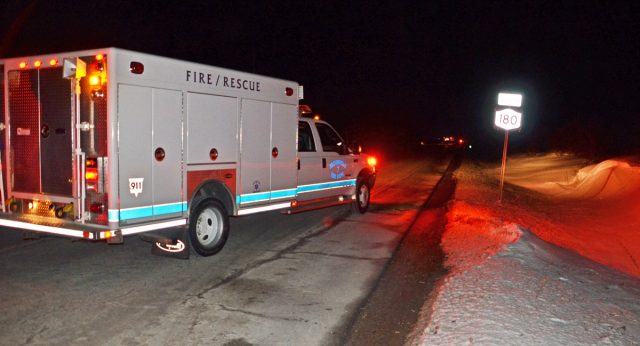