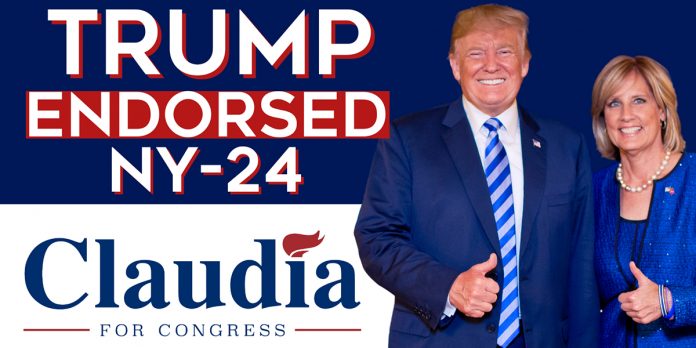 “After reviewing the revised maps, which were released in the dead of night, I am announcing my candidacy for New York’s 24th Congressional District. As drawn, the 24th District includes areas I currently represent in Congress such as Oswego County,” said Congresswoman Tenney.

Tenney continued “I am honored to have received the support of President Trump, Republican Conference Chair Elise Stefanik, and multiple county Republican and Conservative chairs. In the coming weeks and months, I will work to continue earning the support of those in New York’s redrawn 24th District, which spans portions of Central New York, the Finger Lakes Region, and Western New York. It is a beautiful area of New York that I have lived in, represented, and know well. Now that this partisan redistricting process is over, I am honored by the opportunity to represent the 24th District in Congress.”

Tenney has deep roots in New York’s 24th Congressional District. She has represented portions of NY-24 starting in 2011 and previously lived in Ontario County. Under the new redistricting maps, 30% of NY-24 falls within the Syracuse Media Market where Tenney has extraordinarily high name ID among voters. Tenney kicks off the campaign as the clear front runner with over 1.4 Million Dollars in her war chest. 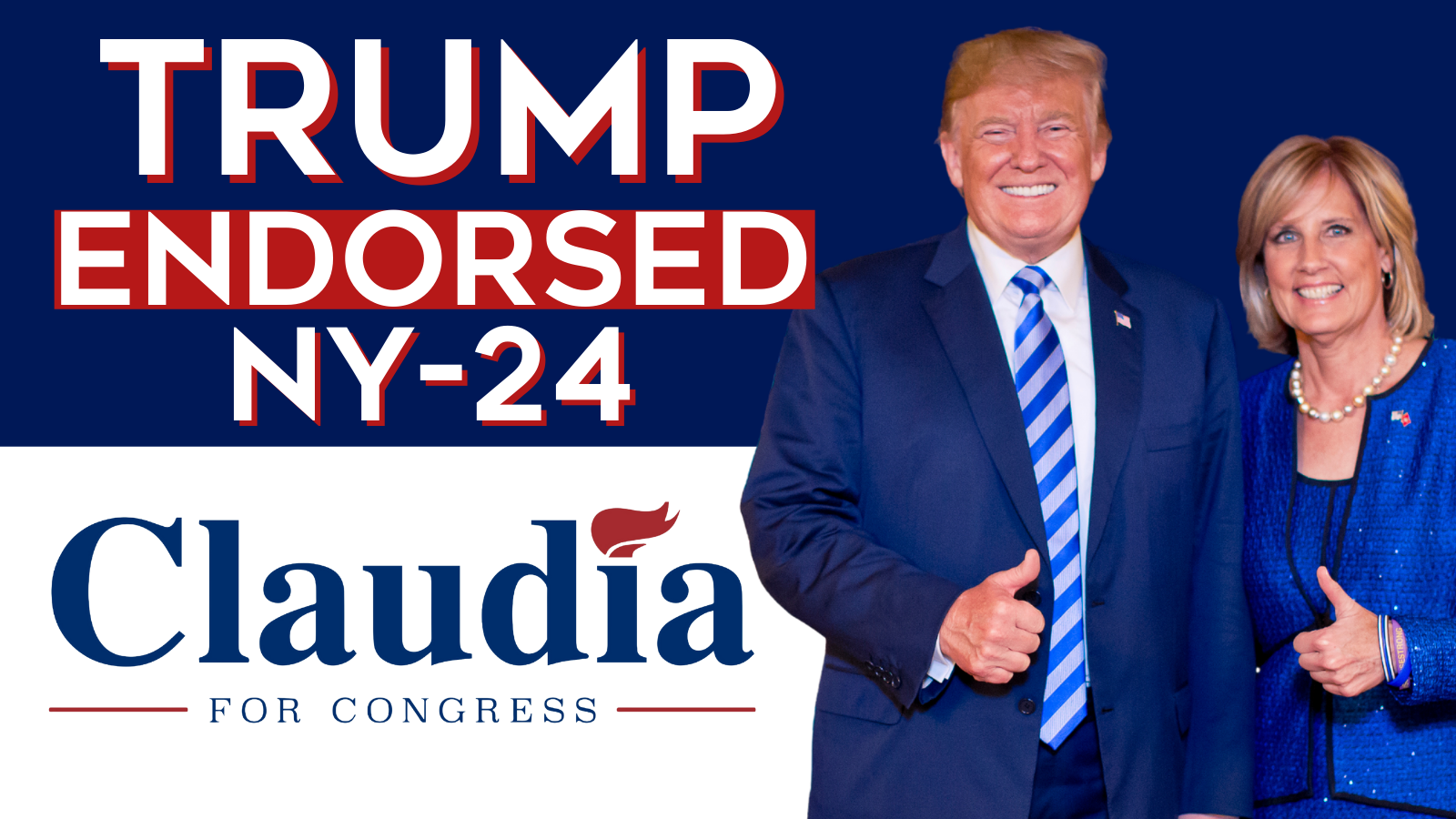 “Thank you Mr. President! I had the honor to serve alongside President Trump in Congress and the privilege to call him a dear friend. Together, we cut taxes, secured the border and fought back against the Communist Chinese. With President Trump’s support, we can win this seat and continue fighting for his America First Agenda in Congress. NY-24 is Trump Country!” said Tenney.

President Trump has been a steadfast supporter of Claudia Tenney. Last June, he held a fundraiser at his Bedminster Golf Club in support of Tenney’s campaign and filmed an endorsement video. In April 2021, President Trump hosted Tenney at his Mar-a-Lago Club for a meeting. During her 2020 campaign, President Trump held a tele-town hall in support of Tenney and in 2018, the President visited Upstate NY to host a fundraiser for Tenney that raised over $650,000 for her campaign. Trump is also an honorary member of the House Election Integrity Caucus, which Tenney founded in the aftermath of the 2020 election.

Congresswoman Claudia Tenney was honored to receive the following endorsements over the weekend:

“Wyoming County was proud to unanimously endorse Claudia Tenney’s campaign just a few months back and we are honored to announce our official endorsement of Congresswoman Tenney in the newly drawn 24th district. Western New Yorkers are ready to send a strong conservative fighter to Washington this November. As the strongest Republican county in New York State, we are excited to have the most Conservative Member of Congress from New York as our next Congresswoman!” said Wyoming Republican Committee Chairwoman Ellen Grant.

“It is an honor to once again endorse Congresswoman Claudia Tenney for re-election in Oswego County and NY-24. Claudia has served the people of Oswego County with dedication, honor and integrity since her time as our Assemblywoman. In both Albany and Washington, Claudia has always stood out as a champion for our conservative values. We are thrilled Claudia will continue to fight for us in Congress and look forward to making sure she wins big this November,” said Oswego Republican Committee Chairman Fred Beardsley.

“Incumbent Congresswoman Claudia Tenney has a proven track record advocating for Upstate New Yorkers in Washington. Now that the Congressional District lines are finalized, Orleans County is excited to give Congresswoman Tenney a warm Western New York welcome. I am confident Claudia will be an excellent representative for Orleans County in Congress,” said Orleans County Republican Chairman Skip Draper.

“It was an honor to get introduced to Congresswoman Claudia Tenney and discuss her campaign for NY 24, that includes Wayne County.  She is passionate, experienced and a rock solid Republican.  Several of the Town Chairs that I have spoken to are behind Claudia all the way.  I am joining them and giving Claudia Tenney my endorsement for Congress,” said Wayne County Republican Committee Chairman MaryAnne Nicosia-McCarthy.

“This morning the court appointed Special Master set district lines for US Congress and the New York State Senate. The Maps drawn by the State Legislature divided Livingston County into two districts 23 and 24. Chris Jacobs and Claudia Tenney received party endorsements, Today Claudia Tenney stands alone as our candidate for the 24th Congressional District. Livingston County is no longer divided into two districts. Claudia, a sitting Congress Member has a track record of strength and honesty in representing her electorate. Therefore she continues to have our support,” said Livingston County Republican Committee Chairman John Pauer.