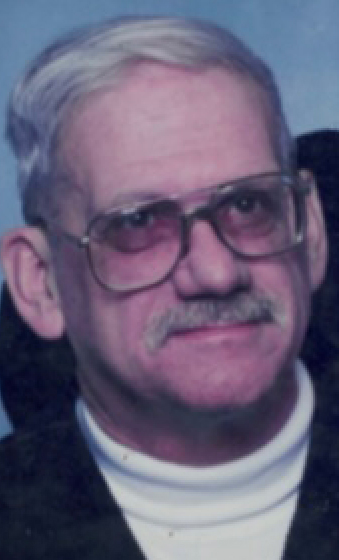 He was born on Sept. 24, 1941, in Gouverneur, NY. He is the son of the late Kenneth Gerald and Doris Isabelle (Beebee) Barkley. Wayne graduated from Carthage Central School in 1958.

Following graduation, Wayne joined the United States Air Force where he served for 4 years before being honorably discharged. Shortly after, he joined the Army Reserve where he committed 30 years of service, along with consecutively working for the Deferiet Paper Company for 32 years. He then went on to work at Freeman Bus Co. for an additional 10 years until he officially retired.

He was a devoted husband, stepfather, grandfather, friend, and family member to those around him. He loved nothing more than spending time with his dear grandchildren and great-grandchildren. He was a man of faith and enjoyed attending church every Sunday at aNew Way Assembly of God with Pastor Dominic and Tracy Kriegbaum, but not before heading to the Brookside Diner for a cup of black coffee with a side of eggs and toast. Wayne had a big heart, and found great enjoyment in helping the people he loved in any way that he could. He was the kind of man that was present during every milestone and could always be counted on when needed the most. With such a pure soul, Wayne touched many lives during his time here on earth and was a continuous light in a dark room for all that knew him.

He is survived by his stepson, Scott Witherell of Watertown, and daughter-in-law’s; Stephanie Pitcher of Watertown and Anissa Krailler of Florida. His dear grandchildren; Brittney Krailler and Kassandra Krailler of Florida, Ashley Witherell (Lawrence Wang) of Brooklyn, Amber Pitcher, Ry’Lee Pitcher, Angela O’Dette and Michelle O’Dette all of Watertown; nine great-grandchildren; Jackson, Royal, Ivy, Kirra, Kinleigh, Memphis, Skyler, Hunter and Uriah, as well as many nieces and nephews.

Calling hours and a funeral service will be held on Friday, November 11th at the Reed & Benoit Funeral Home from 10 a.m. to 1 p.m. with a burial immediately following at Brookside Cemetery in Watertown, NY.

Online condolences may be made at www.reedbenoit.com.