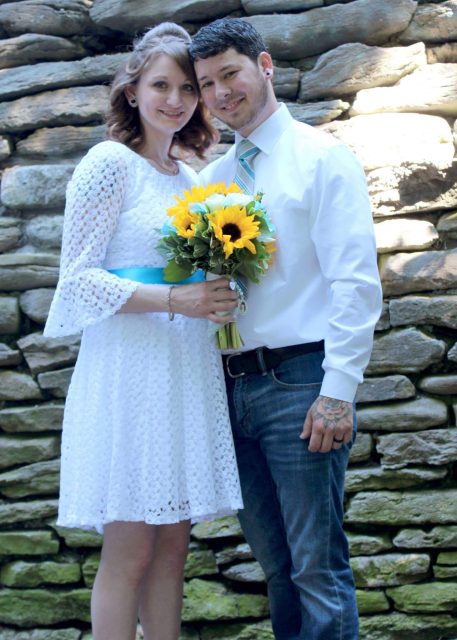 Tiffany is the daughter of Charissa Clement of Adams, and the late Thomas Landers Clement of High Point, North Carolina.

Kenneth is the son of Paul Boyer of Refugio, Texas.

The Flower Girl was Aria Elizabeth Clement (niece of the bride).

In lieu of a honeymoon the Bride and Groom shared some time on the water in Alexandria Bay with friends and family visiting from Texas and North Carolina.

The Bride and Groom first met 6 years ago when both Kenneth and Tiffany’s brother Thomas were stationed at Fort Bliss in El Paso, Texas while serving together in the United States Army.